if a cat falls out the window?

I am going to explain to you from my experience and from least to greatest the 3 basic problems if a cat falls out the window.

The floor from which it falls is not high and also falls into a garden. Brilliant. This is the best case when it comes to physical problems since when falling from a low height and the ground is soft, you will be able to receive the fall without any problem. The bad thing is that being a house cat it will find so many stimuli and even a possible predator (a dog for example) that it will feel the need to flee. So in this case we have a healthy cat but running terrified and totally blocked in the opposite direction to its home and cats run a lot and for a long time, so go preparing yourself for long days of anguish waiting for it to appear, in case it appears .

Either because of the height, the hardness of the ground or both, the cat is injured. This point has two variants.
In the first, he is wounded but with enough strength to flee the place and seek shelter.
This is one of the worst possible situations as depending on the extent of the injuries he may not be able to feed himself or defend himself from predators or other cats. Generally stray cats are better hunters, they are fitter and used to fights for territory / food / reproduction. So if you run into one of them, bad business.
The second part of this second point is the case in which the cat falls and is injured but does not run away. Some neighbor or you yourself notice the fall and arrive in time to pick it up.

In this case, he probably did not flee due to the severity of his injuries. Seeing your cat badly injured, bleeding and screaming in pain is not going to be an easy thing to bear. Quickly take him to a vet to assess the extent of the injuries. Removing the disgust and the bad time that you are going to go through, I already warn you that it will not be cheap. A simple broken leg is going to cost hundreds of euros and a more serious problem can reach thousands of euros. I know that for our little ones whatever, but I have to inform you so that you know what there is. 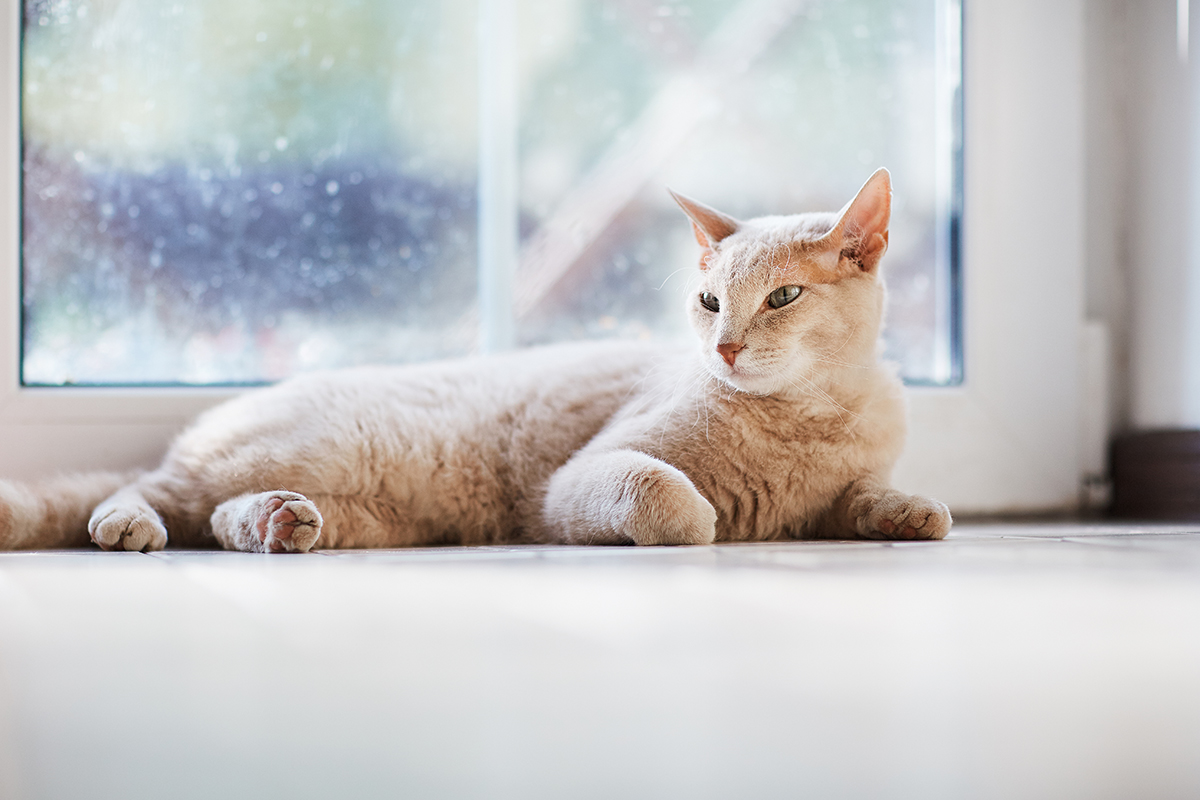 This is the worst case scenario if a cat falls from the window. Our cat is quietly taking his usual nap in the mid-afternoon sun on the windowsill. He begins to feel hungry, little by little he stretches, stretches his legs, gets up slowly, raises his head and body and when he is about to go home to eat two pigeons pass by his side, this being enough to activate his hunting instinct in less than a second. He immediately takes a leg off the windowsill and falls into the void. It is not strange that this happens and in fact it is becoming more and more frequent. In this post I talk about the parachute cat syndrome.

The fact is that he falls from the window, hits himself hard and dies on the spot. He already is. He is over. He is gone forever. A moment ago he was sunbathing happily and now he lies on the sidewalk.
This is what happened to me. Noa left me like this, in a second. I still remember his inert soft black body. It was all love, I was two years old. I have never been able to get rid of the feeling of guilt. I wish this didn’t happen to anyone else. I wish at that time I had known what I know now and I am telling you. Sadly the reality is that it happens on a daily basis. There are still people who think that it will not happen to their cats, be careful if you think that because precisely because of this you have a good chance that this tragedy that I have narrated happens to you.

Well these are the three things, broadly speaking, are what can happen if a cat falls through the window.